These modern times and advanced technology have offered us convenience where almost everything can be done instantly, even in foods. Hundreds of pre-packaged foods can now be bought by just a click on a site or our mobile phones. They all claim that these foods are safe and healthy. After sometime, we begin to notice that we start to gain weight or sick.

Downside is, it is now very difficult to lose or maintain healthy weight. But how do we know that we are not eating right and healthy?

Basically, calories are “units of energy” that our body needs to function properly. And when we lack enough calories, we will tend to feel exhausted – most of the time, if not all the time.

When we limit our food intake by less than 1,000 calories each day, it can slow metabolic rate that can cause exhaustion and tiredness. This is because we do not have enough calories to sustain and support even the fundamental functions that keep us alive.

Eating too little is associated to low energy levels, especially in elderly people, whose appetite may reduce. Several studies involving female athletes claimed that fatigue may be experienced when there is too little intake of calories to sustain a high level of physical activity. This condition seems to be common in sports that needs thinness such  as skating, runners,  and gymnastics.

Even the lightest physical activity such as walking may cause tiredness if our calorie intake is lesser than what we require. 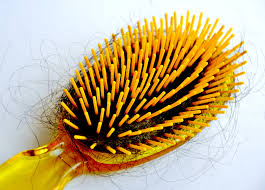 Truly, hair loss can be very appalling. It is normal to lose some strands of hair everyday but if it becomes too many hair strands that accumulate in our hairbrush or shower drain. This may be because we are not eating enough.

Healthy professionals said that in order to maintain a normal and healthy hair growth, we have to get many nutrients. Insufficient calories, iron, biotin, protein, and other nutrients can cause hair loss. When we do not have enough calories and essential nutrients, our body will prioritize the health of our heart, brain, and other major organs over the health of our hair. 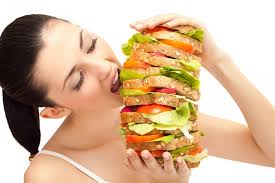 Craving for foods most of the time is one of the visible signs that you are not eating enough. There are studies that confirmed appetite and cravings for foods increase to compensate for the restriction of calories that can cause some changes in hormonal levels that regulate hunger and fullness.

A study was also performed involving mice who were given a diet with 40 percent lesser calories than usual. It was found out that their appetite-suppressing hormone levels called leptin and IGF-1 was reduced and but there was an increased hunger signals – significantly.

It was also found out that low-calorie diet can cause increase of cortisol levels that refer to stress hormones. Hence, if we reduce our calorie intake on level than what we need, our body sends signals that makes us eat more to avoid possible starvation.

Getting some sleep issues 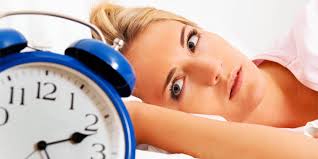 image from: My Refuge

Lack  of sleep was found to cause resistance to insulin and weight gain in many studies that were conducted. Both strict dieting and overeating are found to cause sleep problems. A research on animal and human showed results that starvation-level calorie restriction are associated to sleep issues and reduction of slow-wave sleep, which is also called deep sleep.

Another study with 381 college students who underwent restrictive diets and other poor eating habits showed results to poor sleep quality and low mood.

A study was also performed involving ten young women that underwent four weeks of dieting had caused them experienced difficulty in falling asleep and reduced time spent in deep sleep.

As a summary, if we feel we are hungry to fall asleep or if we experience waking up hungry, these are sure signs that we are not eating enough.

Feeling cold most of the time 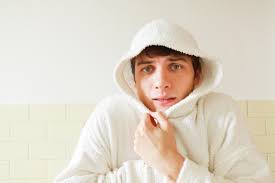 If we always feel cold, not eating enough food can be the reason. Our human body have to burn some calories to produce heat and sustain a healthy body temperature. Health experts explain that even mild calorie-restriction can cause reduced temperature.

A 6-year study that involved 72 middle-aged adults who ate an average of 1,769 calories everyday has dramatically reduced their body temperatures compared to the group that ate 2,300 to 2,900 calories, regardless of physical activities.

In the same study, a separate analysis was done where calorie-restricted group had experience a reduced T3 thyroid hormone level, while the other group did not. The T3 hormone aids in maintaining comfortable body temperature.

A study was conducted with 15 obese women where T3 levels were reduced by about 66 percent within the 8-week period where these women had an intake of 400-calorie every day.

As a summary, the more we restrict our calorie intake, the colder we will tend to feel and experience.

Feeling irritable most of the time 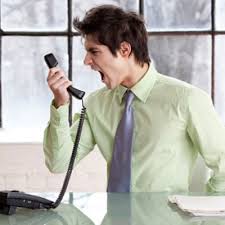 As part of the Minnesota Starvation Experiment, some young men underwent calorie-restriction diet and it showed results where these men were experiencing irritability. They became moody and showed other symptoms while taking the 1,800-calorie diet every day. This diet was categorized as “semi-starvation.”

A latest study was conducted with 413 high school and college students showed results of irritability among the participants that is linked to restrictive eating habits.

Health professionals recommend that we need to get enough food to keep our moods high.

Feeling distress and anxious most of the time

A study was conducted with 2,500 Australian teens where 62 percent were categorized as “extreme dieters” and were reported to have high levels of anxiety and depression.

A controlled-study involving 67 obese adults who consumed 400 05 800 calories every day for 1 to 3 months showed results of 20 percent of participants in both parties experienced high level of anxiety.

Suffering from constipation – most of the time

In the world of medicine, constipation is defined as having 3 or lesser bowel movements every week, or having small hard stools hard to pass. This condition is common in elderly and can become worse with poor dieting.

A study involving 18 older adults showed results that constipation happened as a result of poor intake of calories. Even if they taken a lot of fiber, calories is considered as significant factor for proper bowel movement.

Another study with  301 college women who had very strict dieters showed that they tend to constipate and have other digestive issues.

In short, under-eating and strict diet can cause constipation may be because of less waste products to produce stool and slow movement of food via the digestive tract.

Thus, if you are having issues with constipation, it is suggested to assess at the amount of food intake and check if you are eating enough.

Overeating increases the risk for severe health problems, while under-eating can pose health issues including more food cravings and later being overweight.

Bottomline is, to maintain healthy condition, we should eat the right amount and foods, supported by physical activity. It is time to check how much and what we are eating now before we become sick.